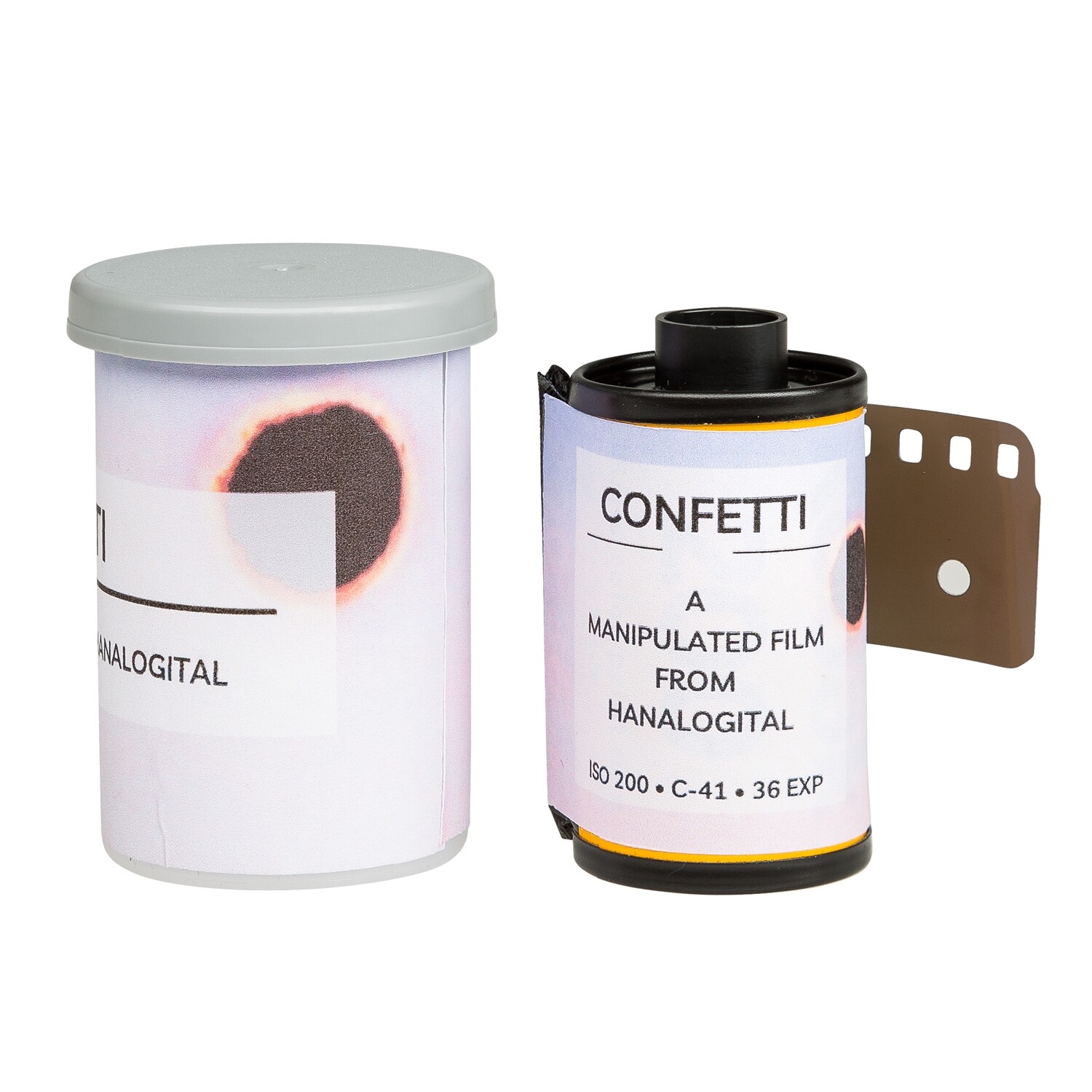 The film CONFETTI is an experimental 35 mm film that is manipulated by hand in a film soup.

During the production of the film, the film strip is perforated and black dots/holes appear on the photos. This does not affect the functionality of the film.