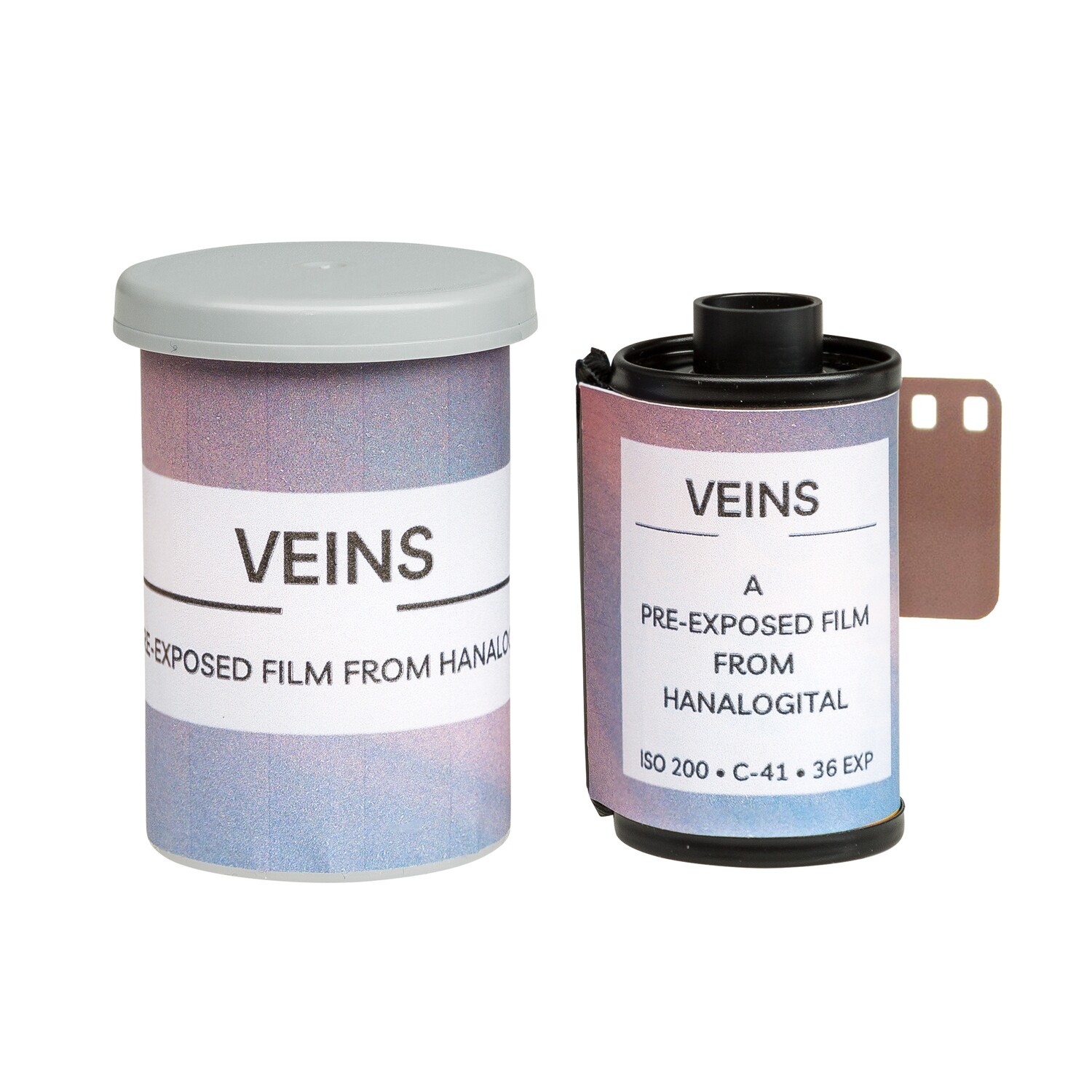 The film VEINS is an experimental 35 mm film that is manipulated by hand in a film soup.

Due to the pre-exposure it can happen that the manipulation of the film (reddish stripes) turns out with different (colour) intensity. This does not affect the functionality of the film.