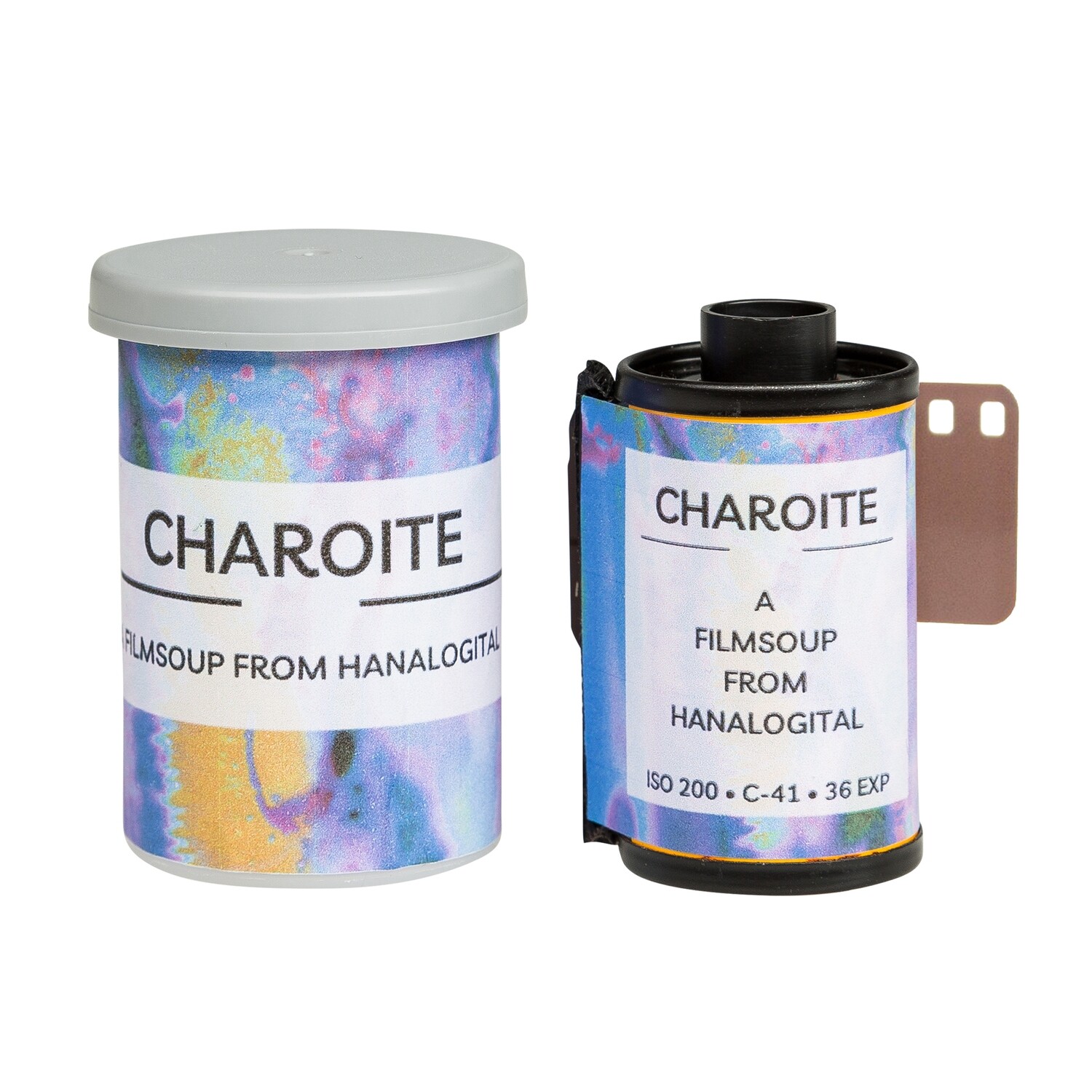 The film CHAROITE is an experimental 35 mm film that is manipulated by hand in a film soup.

The production process of the film CHAROITE sometimes leaves visible marks on the film canister. This does not affect the functionality of the film.