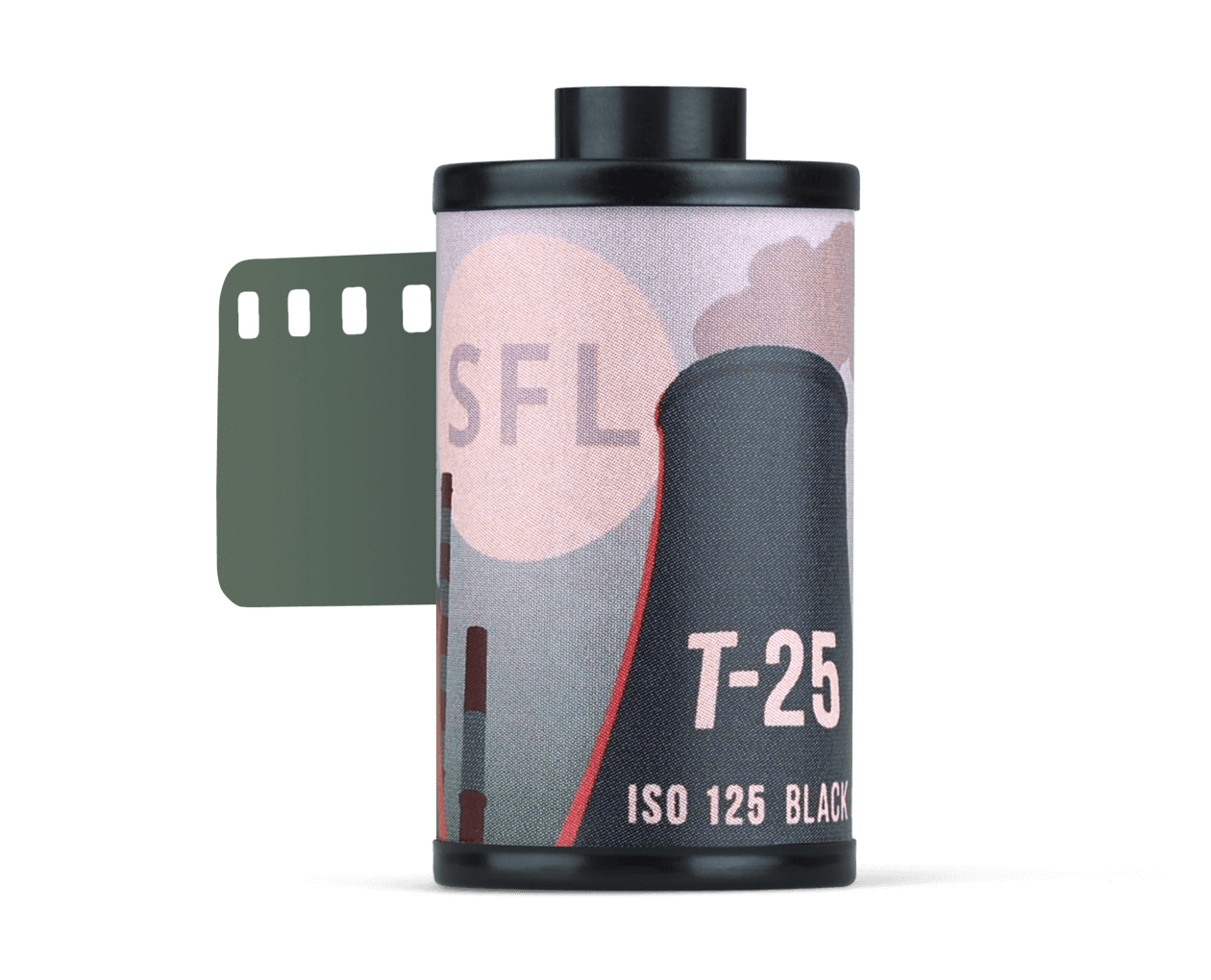 Tasma (Тасма)
is a Russian manufacturer of photographic (black and white) film, almost unknown in the West. The company has been supplying black-and-white film for photographic and cinematographic applications since 1933. Mainly in the Russian market and also in some ex-Soviet countries, hence its obscurity. In the last century, the company developed a range of black-and-white surveillance films specifically for aviation. Tasma was one of the few factories able to supply the Russian army with film during the Second World War. After the war, the use of the emulsions was extended to other applications, including the production of 35mm film (KN-1, KN-2, KN-3, T-25, T-42,...) for the photographic (Russian) market and 16mm, 35mm and 70mm film for film productions. The latter films in particular achieved international fame among alternative cameramen, giving the films cult status.

This black-and-white Tasma T-25(L) 35mm film was cut by our Russian colleagues at the SREDA Film Lab (SFL - Moscow) from a fresh large roll of T-25 and washed into individual 35mm roll films. This makes T-25 available for the first time as an experiment in 135/36 format. After all, the film is still difficult to obtain here in the West and often only in large mass rolls.

As the film has a high silver content, it can be exposed in the range of ISO 100 to 800 with the appropriate push/pull developer modes. The standard development time for ISO 125 in the D-76 is 7 minutes at 20 degrees C.

Develop the film with Kodak D-76. Just like Foma films, this film will turn a blue-green colour when developed.

We only sell fresh film that has been produced within the last few months and has a shelf life of at least 2 years.