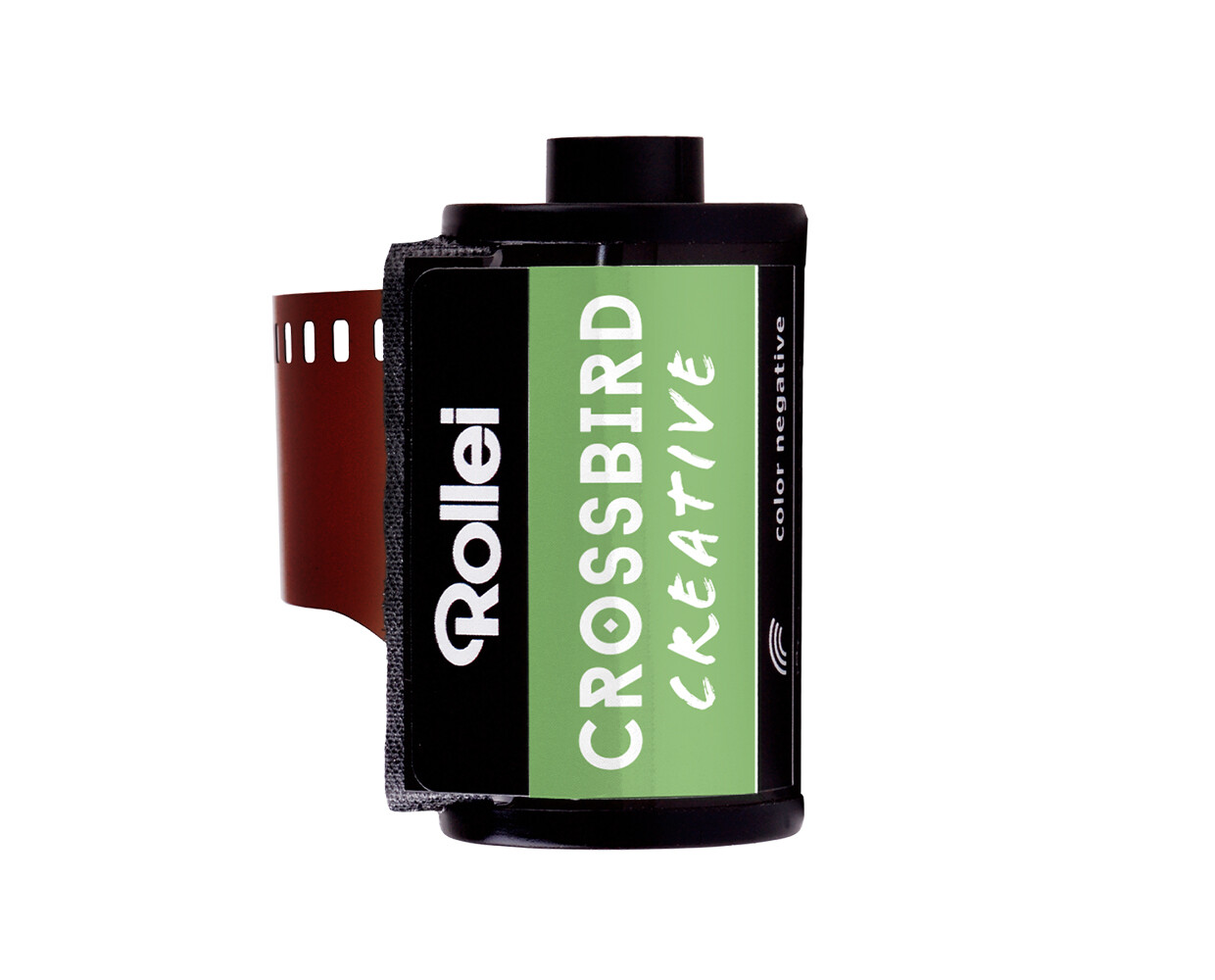 Rollei Crossbird is a creative film, with excellent colour fidelity,

- here the optimum of creative overemphasis of the colour green with

simultaneous emphasis of skin tones and the yellow-orange colour space

is possible. Following the tradition of the popular cross films, a film

material is made available here that does not distort colours, but

provides creative colour emphasis as a stylistic device. Basically, this

film is a so-called "cross film". But in the product development it was

moment of the shot. This not only resulted in the usual colour shift,

appears pleasant and harmonious to the human eye. The Rollei Crossbird

is the first film that can be described as a fantasy film. Despite its

creative possibilities, the film provides everything that is required of

film is equally suitable for lomographic photography and for use in

precise camera systems. For the first time, a film is available that

analogue as well as hybrid processing. Crossbird is a correctly spooled,

| The Rollei CROSSBIRD can be developed in the C-41 process. The C-41

process is a constant, uncomplicated and temperature-dependent

development process. This means that it does not matter which ISO number

is to be developed, the process is always the same.

note: If the Rollei CROSSBIRD is processed in E6 (as colour slide film),

yellow appearance and gets the look of a warm summer day.

For the development of Rollei CROSSBIRD we recommend
The

and is suitable for developing colour negative films according to the