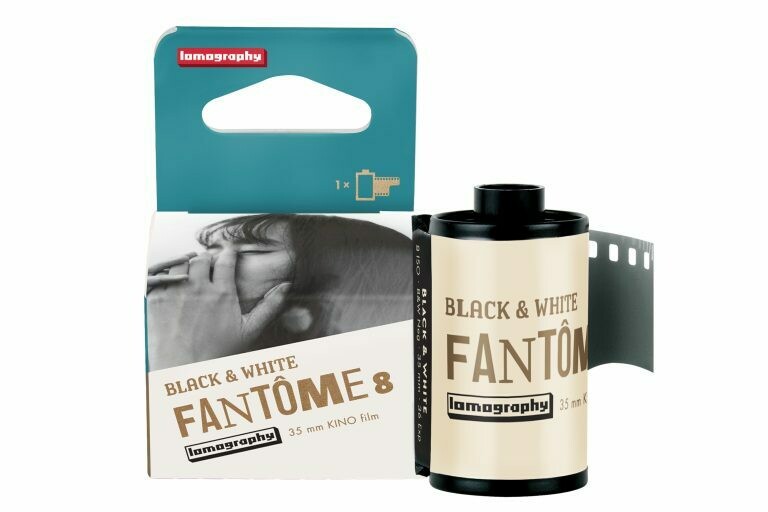 The Fantôme Kino is the last addition to the Kino B&W Film family and taken from an old german cinema film that comes with lots of contrast and deep shadows.

This panchromatic is perfect for seasoned professionals and creative first time photographers alike. Particularly appropriate for those who like to take full manual control and experiment with flash photography, the Fantôme Kino B&W Film packs drama into the frame with crushed shadows and super high contrast renderings, reminiscent of Lomo's Film Noir classics. Master your Low ISO Monochromes

This film has a slow speed of ISO 8, so we recommends using a camera and lens with manual controls for better control over your exposures. You should be able to manually adjust the shutter speed of your camera and aperture of your lens, such a slow ISO for the meter reading or use an external light meter. In case of dark scene or even in plain day light don’t hesitate to pop your flash to fill-up the shadows. Using a fast lens (maximum aperture of at least f/1.4 - f/2.8), is also recommended.

The panchromatic film can be developed by any film lab that offers standard black and white processing, or you can hand-develop your film using instructions also included in that document:

Kodak D-96 - This is Lomo's recommended developer for Fantôme Kino. Preserving the details in the highlights, but still maintaining the film's signature contrast look.

Kodak HC-110 - Kodak HC-110 is one of Lomo's favorite developers for developing monochrome film. The Fantôme Kino developed in HC-110 would result in punchy dramatic contrast that makes images "pop".

Ilford Ilfosol 3 - This developer produces fine grain and rendering good contrast and impressive shadow detail. Ilfosol is a viable option if you're looking to give your shots a softer and moodier atmosphere.

Compard R09 - A good Rodinal substitute, this developer ensures really fine grain preserving much detail and sharpness. This one is for the photographer who has a keen eye and an appreciation for the small things.