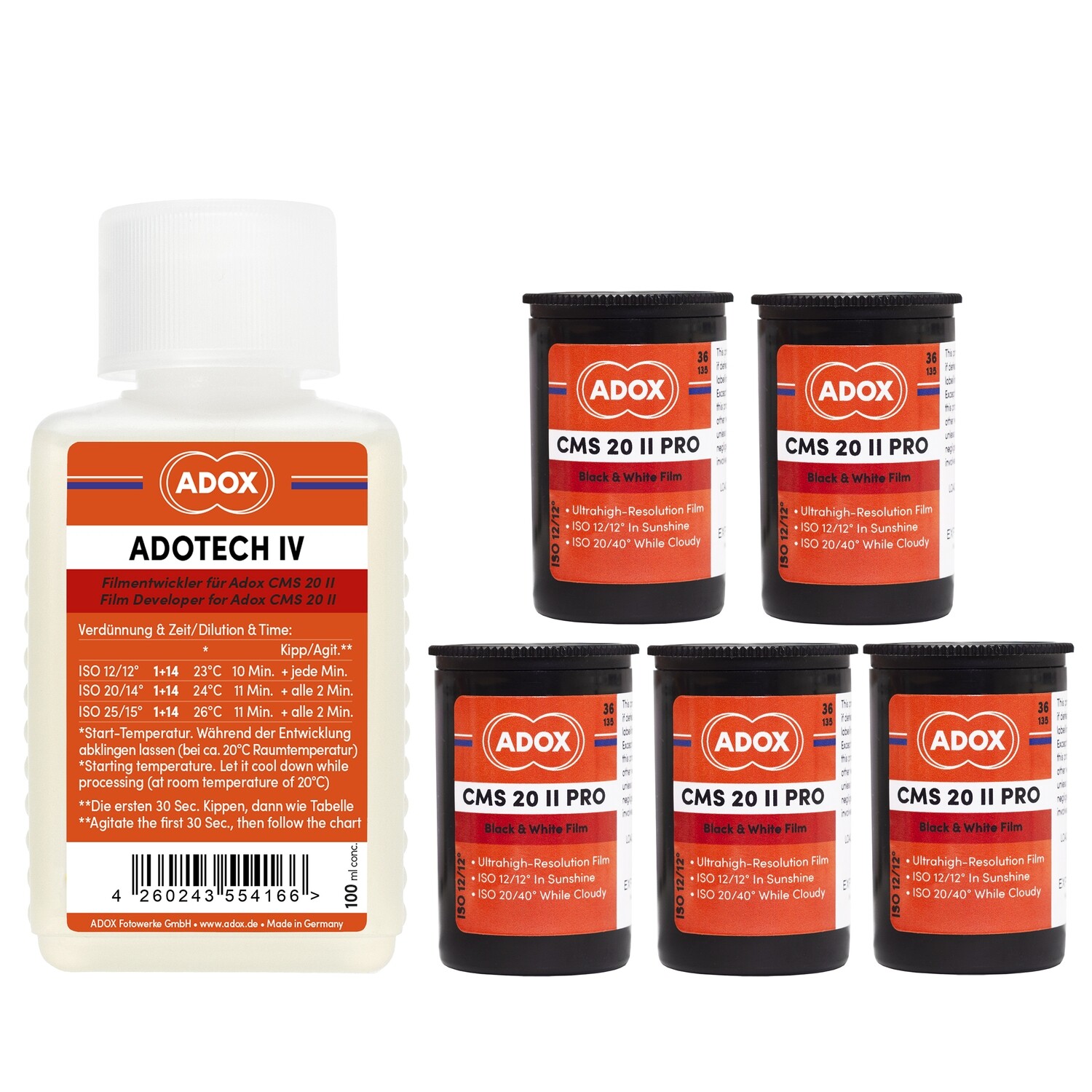 The combination of CMS 20 II film and ADOTECH IV developer goes far beyond anything you can achieve with other 35mm or even medium format films. Grain-free enlargements, amazing sharpness and exceptionally rich tonal values characterise the highest resolution image system in the world.

Adox CMS 20 II is one of the sharpest, fine grain black-and-white films available today. It has an extraordinary resolving power, up to 800 lines per mm. The accompanying Adotech film developer brings perfect halftones and increases the film speed up to ISO 20. This results in images that nobody would believe that were made with a 35mm camera.

When used for normal pictorial photography purposes and developed in the dedicated Adotech film developer, the film achieves a film speed of ISO 20. When used in other film developers like Kodak HC-110 or Rodinal, the film must be exposed at ISO 3-6. However it is recommended to only use the Adotech developer when the film is used for pictorial purposes like portraits since both have been tuned to each other and brought to perfection by with research over the years. The film can also be exposed at ISO 80 but will result in (extremely) high contrast images which makes the CMS 20 II rather a document film.

The film results in nearly grain free enlargements of up to 2,5 meters diagonally. This equals mathematical about 500 Megapixels if you want to compare it the more common digital standards today. The special monodisperse ultra-high-resolution emulsion of the film makes these enlargements possible. The AHU anti-halation layer between the emulsion and the base material guarantees this extreme sharpness while preventing any halation effect. CMS 20 II has an orthopanchromatic sensitization which differentiates perfectly between different colors. The CMS "sees it all". No green filter is necessary when used for portrait photography. The film base is totally transparent which theoretically allows you to reverse develop it and use it as an ultra-high-resolution black-and-white slide film with extreme projecting possibilities. In order to do so you need to combine the reversal process with the Adotech film developer as a first developer.

ADOX has introduced the Adotech-IV developer for the ADOX-CMS-20-II high-resolution film, a new, improved developer and successor to the previous Adotech-III developer. The new Adotech IV developer is characterised in particular by a significant improvement of the shadow drawing and an improved course of the blackening curve. In addition, the associated data sheet has been optimised and expanded..

Adotech IV significantly improves greyscale reproduction in the highlights compared to the previous iteration of the Adotech film developer. The curve was linearized. When developing CMS 20 II in Adotech IV the film now shows about the same curve as a normal black-and-white film.

Adotech IV developer shows enhanced longevity and can be treated like any other film developer, making the prior hassle of filling up the bottle with water after every partial withdrawel unnecessary. The new developer has also a significantly improved stability to prevent uneven development in larger homogeneous grey areas. This, in the past, immanent challenge in high resolution procedures has been eliminated to a great extend.

Adotech IV yields a yet improved tonal separation as well as significantly improved shadow details. The usable ISO of 20 to 25 are now even closer to a true ISO 20 film speed.

All CMS 20 films that have been for sale since 2011 can be processed with the new Adotech IV developer. Please be aware of new developing times and diluting properties on each bottle! With a recommended dilution of 1+14 you will get 1.500 ml of working solution. This is enough to process up to 6 CMS 20 films (35mm of 120). 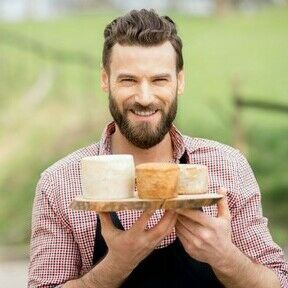