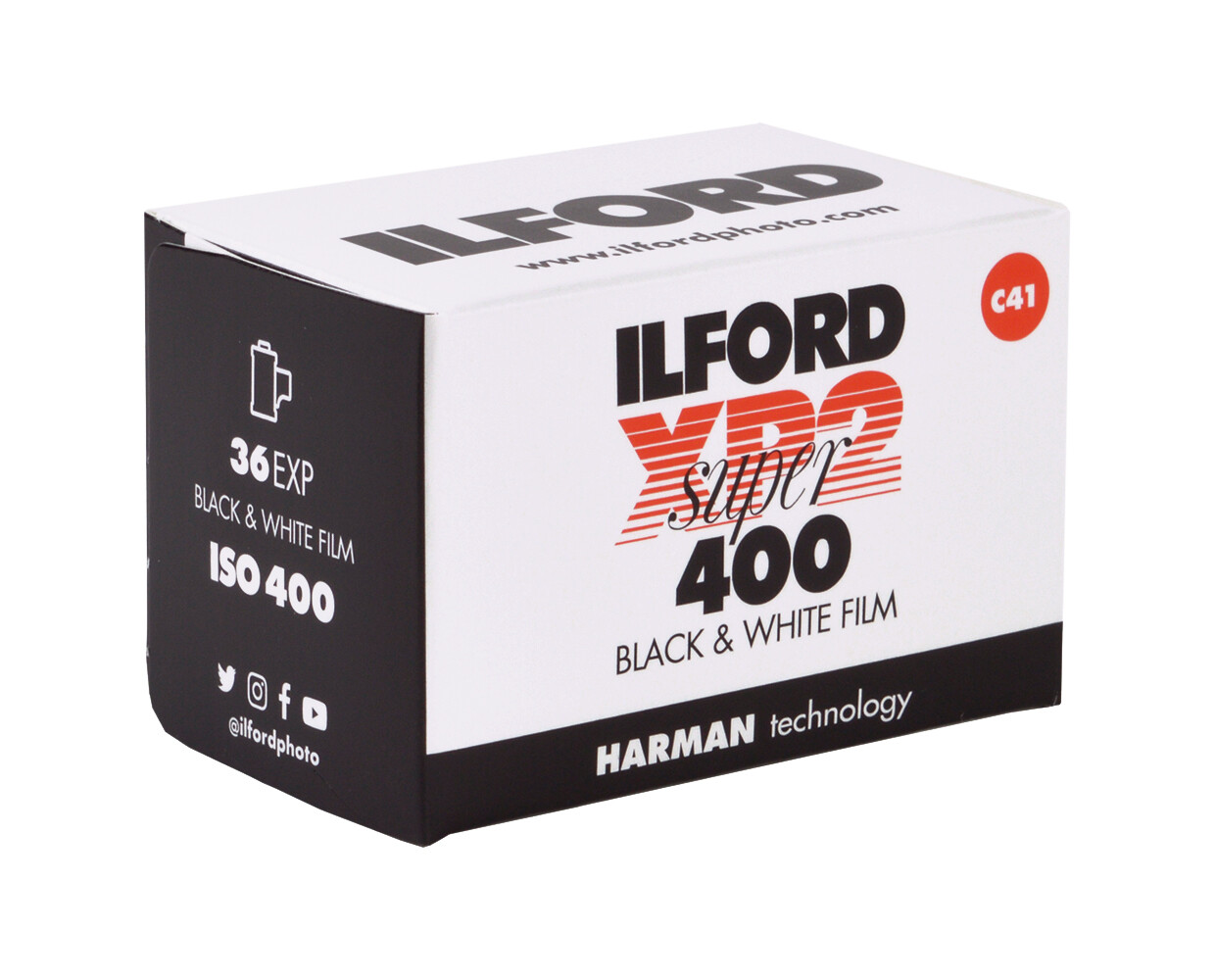 SKU 122596
CHF8.95
In stock
1
Product Details
UPC-Strichcode: 19498839573
Marke: Ilford
EAN-Code: 19498839573
ILFORD XP2 SUPER is a fast, sharp black and white film with a fine grain and wide tonal range. The film is flexible in use and can be seen as one of the best all-round black and white films.
XP2 SUPER in particular offers flexible exposure possibilities without having to sacrifice image quality. Regardless of whether you expose the film to ISO 200, 400 (rated speed) or 800, the details in highlights and shadows as well as the brightness of the photographed objects remain in balance, even in the most unpredictable lighting conditions or high-contrast situations.


The most important feature that distinguishes the ILFORD XP2 SUPER from any other typical black and white film is the fact that it must be developed in the standard chemistry process for colour films, namely C-41. The flexible use of this film can therefore be taken literally as this black and white film can be developed in any lab that offers colour film development. Moreover, when the film is not exposed at the nominal film speed of ISO 400, no specific modifications to the standard C-41 development process are required. If that is not super?
Depending on the desired end result, you should take into account the following rules of thumb regarding the exposure of the XP2 SUPER:

Exposure at ISO 400/24°C: finer grain with retention of simple printing possibilities and details in all light batches

Exposure at ISO 200/18°C: finest grain but more difficult to make a balanced print, loss in details of shadows and highlights

The most important properties of this film are:

Flexible lighting options without loss of detail in highlights and shadows